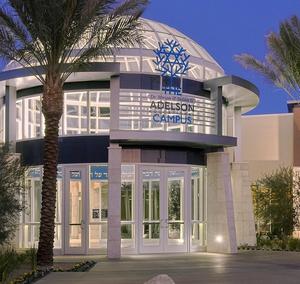 Welcome to the weekly E-newsletter, which we’re calling the “Etone,” which happens to be - fun fact! - the Hebrew word for newspaper (with an electronic nod to “E”). Every week the AEC Head of School will send out an Etone, including highlights of the week, important upcoming dates, community news, and much, much more!

It could be puzzling to note that with over thirty centuries of recorded history, Judaism has a record of very few ‘heroes’, at least in the traditional sense.  There are no dragon slayers, no great warriors, and no conquerors. No one who pulled a sword out of a stone, no standing on the bow of the boat crossing a river to start a new country, no rescuer of the innocent in a burning building.  This apparent  puzzle is solved when one understands that, for Judaism, the hero has always been the teachers.

Moses is honored in traditional circles as ‘Moshe Rabeinu’, Moses, our great teacher.  The great honor of standing when an exalted figure enters the room is not reserved for heads of state – it’s not uncommon for students to stand when a beloved teacher enters the room.  Indeed, the root of ‘Torah’ also animates the word ‘Morah’, teacher.

And thus it is with profound sadness that the Jewish world learned this week of the passing of a giant of this generation, Rabbi Lord Jonathan Sacks, who died this past Shabbat, in England.  His loss has been noted and will be felt through the Jewish world and well beyond.  He was a teacher to a generation of Jews who sought to find deeper, yet authentic meaning in the text, and yet did not shy away from the complex issues of our world.  After serving many years as Chief Rabbi of England, Rabbi Sacks continued to write (his weekly commentaries, found here, continue to be a source of great insight for both the layman and the scholar).

His sparkling oratory, natural charisma and the originality of his sermons and books, fusing Jewish canonical texts with a wide range of Western thought, made him a kind ‘intellectual and spiritual rock star’. He was a unique combination of an ultimate communicator and original thinker with an incredible breadth and depth of knowledge.

His emailed commentaries on the Torah portion of the week have sustained many with their creative, original and deeply human interpretation of a text whose often obscure or elliptical meaning suddenly emerged, as a result, into sharp and clear focus.

What blazed out from this great and seemingly unstoppable body of work was his deep love for Judaism and the Jewish people, and the overwhelming lesson of hope that he drew from Jewish teaching and Jewish history and offered to everyone.

Having travelled, as he put it, “through philosophy and out the other side”, this background gave him the invaluable ability to show how reason and faith, science and religion were not antagonists but two sides of the same human coin.   This straddling of two worlds demonstrated that Jews and modernity were not only compatible, but that the one enhanced the other.

I got to hear Rabbi Sacks speak a number of times (although never met him personally).  Each time, his speaking style was as crisp and brilliant as his presentation – a Cambridge accent, a starched collar, a neatly trimmed beard.  He always spoke with passion and clarity.  His talks always had a beginning, middle and end, and ‘punch lines’ that helped his teachings endure, and made us in the audience want to bring it back to our families and our communities to share, so that we would all be strengthened by his message.  I am embarrassed by the number of instances where Rabbi Sacks’ words were the basis of a talk or article I was sharing – hopefully always with attribution.

As an introduction, you might want to spend a few moments listening to one of his Ted Talks.

Rabbi Sacks was a personal hero, modeling what a great Jewish teacher can aspire to be.  He used the tools at his disposal – his insight and oratory, along with technology and an astute sense of how to get things done – to help Jews and help the world.  By both raising our sights and deepening our understating, his is a legacy every bit as equal to pulling the sword from the stone.

Monday night’s message from Nevada Governor Sisolak contained an important message to pass along to our families. COVID-19 cases are increasing at alarming rates throughout the country, and specifically in Nevada. Be safe, social distance and wear masks. We appreciate your ongoing vigilance and concern for the welfare of our school community. While at home, you may want to join us next week for a few interesting conversations on Zoom:

Tuesday, November 17 – The inaugural meeting of our ‘Grandparents Club’ at 5:30.  We want to extend a heartfelt welcome to grandparents and ‘grand friends’ of our students – we have so much to learn from them and so much to share.  This meeting will focus on how we can plan together to make that happen. Zoom link

Wednesday, November 18: Virtual Las Vegas Jewish Film Festival Presents…Live to Bear Witness Webinar at 5:00pm.  I’m pleased to be a part of a panel to discuss the film:  View Trailer | View Film (Password: eiholzer). The film probes how young people can learn about the Holocaust.  You can register to join the discussion here.

Wednesday, November 18: AEC Open Parent Zoom at 6:00pm.  As in the past, I invite any questions, – ideally in advance, so I can prepare some responses.  I look forward to an open, engaged conversation that I hope will touch on topics like COVID, leadership searches, and anything else that might be on parents’ minds.  Zoom link.