This Week in Upper School 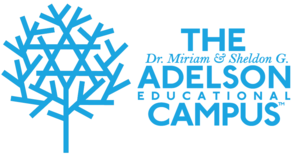 Crashing and Burning in the Physical Sciences
By David Peltz

Science students at AEC, including juniors taking Physics Honors, sophomores in Chemistry and Chem Honors, and eighth graders in Physical Science have been “crashing and burning” over the past few weeks -- and that’s a good thing!

The crash helmet project gave students an opportunity to apply physics concepts while creating a product via design thinking. Physics Honors students spent last semester researching, designing and 3D printing in the AEC Incubator a crash helmet for an egg. Now, following months of work, the “drop date” finally arrived! The students completed their prototypes by adding padding, parachutes and other features before testing out the helmets, dropping them from various heights to see if the eggs could survive impact. We had many successful designs, and for the eggs that did crack, students were already thinking about how they can improve their crash helmets. Take a look at this egg drop video (courtesy of Ed Tech Coordinator, Robin Pence) to see the action! Physical Science classes have been discovering the properties of waves by using sound and springs as models. Students manipulated springs to determine the difference between transverse waves (such as surface ripples on water and electromagnetic radiation) and longitudinal waves (such as sound). Students plucked tuning forks to demonstrate the transfer of sound energy to other substances including water and salt crystals, then students took a rudimentary hearing test to determine the “age” of their hearing! Lastly, Chemistry Honors and College Prep Chemistry classes have worked in our AEC science laboratories to explore the arrangement of electrons in atoms and how they influence the properties of elements. Students completed flame test labs, igniting solutions of metals and comparing the colors to unknown solution flames to try to identify the elements. A similar process called photoelectron spectroscopy is used to identify unknown substances for crime scene investigations. If the colors you see look familiar, it is because the ignition of metal compounds produces the spectacular fireworks we see on special occasions… like those often held on the Las Vegas Strip!

Sixth graders in Ancient Civilizations participated in an experiential lesson this week, rewinding the clock a few thousand years to play the roles of ancient traders! Simulating the cultural and economic interactions among Ancient Nile civilizations, students experienced and analyzed the impact that trade had on development and cultural diffusion within the region. Each student acted as a trader from one of the Egyptian, Kush, and Central African tribes, trading their unique goods, and following strict trading rules with the goal of gaining the largest variety of goods possible. Students did a great job with their persuasive skills in garnering all the various trade goods. Follow-up discussion focused on the successes and challenges each group experienced, stemming from their natural advantages and disadvantages. In the end, students better appreciated the power that trading had not only on the development of these civilizations, but also the spread of power and knowledge that occurs when societies engage through trade.

Seniors Heading to the Finish Line

Our AEC senior class is in its final semester of high school, heading to the finish line! Seniors are finishing up their applications to colleges, with many already receiving status letters including Theo Cooper’s acceptances to MIT and Georgia Tech and Kira Weant’s acceptance to Washington University in St. Louis. As students wrap up their coursework and plan for the next chapter of their lives, we’re also honoring AEC traditions of conferring senior ties, celebrating Senior Sunrise, and engaging in photo shoots -- including today’s conducted with Tobin Herringshaw in the dome!