Daniel Kelly graduated from Pepperdine University with a B.A. in Liberal Arts and a B.S. in Physical Education. He also holds a Master’s Degree in Educational Leadership & Policy Studies from The University of Texas-Arlington. He is a Registered Athletic Administrator through the National Interscholastic Athletic Administrators Association (NIAAA). He joined the Adelson Educational Campus in 2008 as a teacher and was the school’s Athletic Administrator from 2012 - 2018. Mr. Kelly began to work in the Lower School as the Assistant Principal in 2017. He also has completed the year-long YOU LEAD program through PRIZMAH. Mr. Kelly was also a 42nd round draft pick by the Cincinnati Reds in 2002. He has 3 children who attend Adelson and is married to his wonderful wife Kellie Kelly. 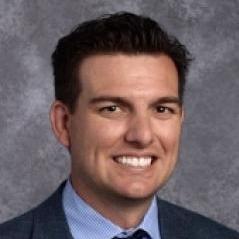