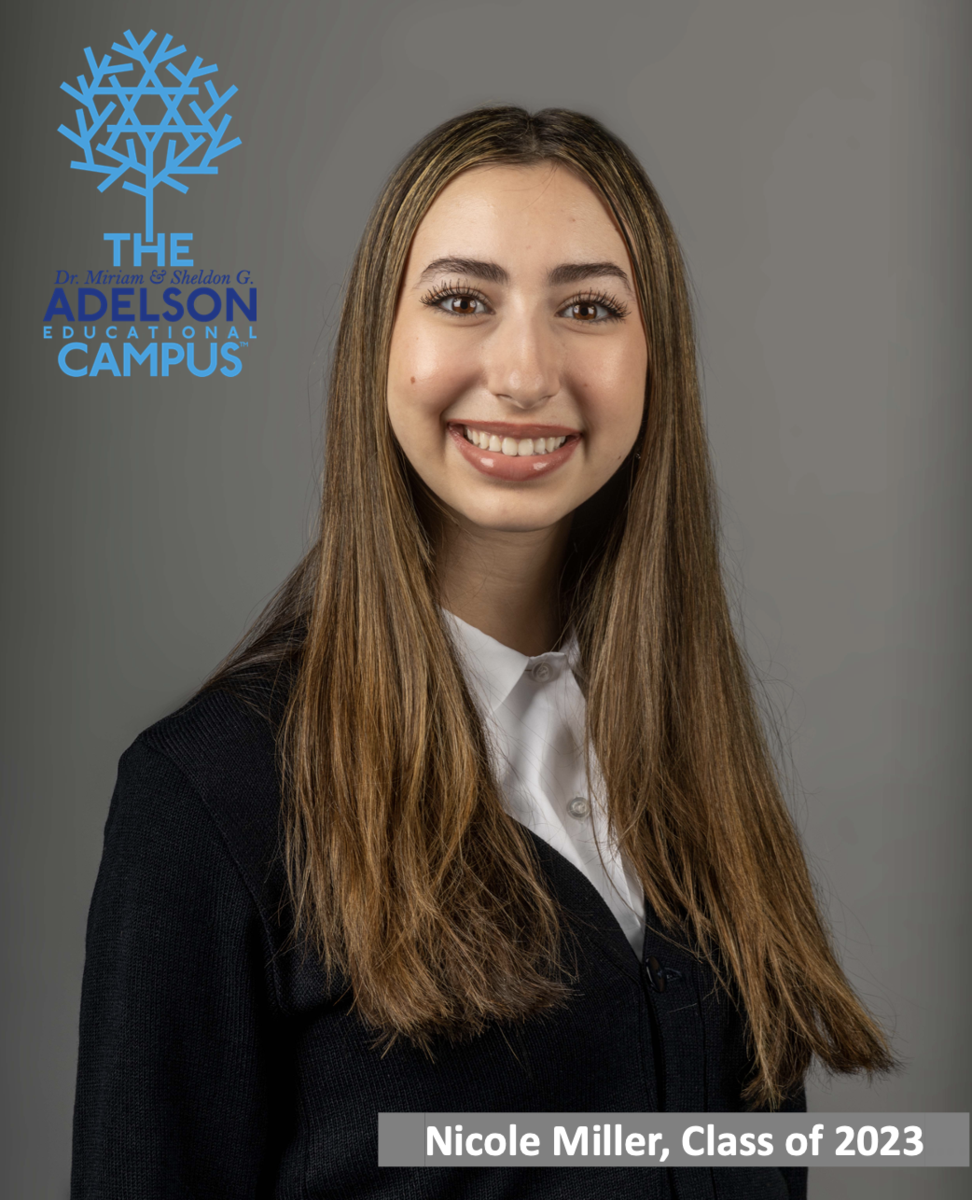 The Nevada Department of Education recently announced that Adelson junior Nicole Miller has been selected to be a delegate in the 2022 United States Senate Youth Program. Only 104 students in the nation are selected annually. Nicole was chosen because of her exemplary characteristics as one of the nation's most promising leaders. She will have the opportunity to meet the President of the United States and to learn and work closely with our U.S. Senators during Washington Week.

Nicole was thrilled to be selected and answered a few questions about this impressive achievement.

How did you learn of the program?

After I joined the Nevada Youth Legislature, I did some research on the opportunities it provided and learned that two of the students from the year prior had been chosen for the USSYP. After hearing that, I did more research on the program and decided to set it as a goal that I wished to strive to.

What compelled you to apply?

I applied because I have always been passionate about being an active member of my community and using my voice to enact change. For the last three years, I have been taking trial advocacy and law and policy classes to advance my knowledge. These classes deepened my understanding of the power laws have to improve lives but also helped me recognize their ability to have a negative impact as well. This opportunity allows me to have direct access to prominent politicians with the power to enact change. I will be given opportunities to speak to important members of government such as the President, State Senators, and Supreme Court Judges. I will also be able to gain a more in depth understanding of the policy making process as well as meet new people with similar interests as me from all around the country. I will also be able to take my experience from the USSYP and bring back lessons that I learned there to the Nevada Youth Legislature, using my knowledge to help further my community.

Who helped you throughout this process?

Nicole Miller is a junior at The Adelson School and in the Law and Policy program. Nicole serves as the District 20 Youth Legislator in the Nevada Youth Legislature. She is President of Mock Trial and is a Peer Counselor with the Clark County Law Foundation’s Trial by Peers program. She serves as the current President of her school's DECA chapter, was one of its founding members, and placed fourth in Nevada for the Principles of Marketing exam. In addition, she is the Student Council Junior Representative. Nicole has also spent four years volunteering with Friendship Circle to cultivate a more inclusive community. Nicole has held numerous other leadership positions including National Honor Society, Design Thinking Team, Adelson Ambassadors, and National Science Honors Society. She has won four Scholastic Art and Writing Awards, a Veterans of Foreign Wars Voice of Democracy scholarship, and a President’s Award of Academic Excellence.

The United States Senate unanimously passed a resolution in 1962
creating the UNITED STATES SENATE YOUTH PROGRAM (USSYP), a national nonpartisan initiative to provide an annual opportunity for talented high school students with demonstrated leadership abilities to deepen their understanding of America’s political processes and strengthen their resolve to pursue careers in public service.

The USSYP brings the highest-level officials from each branch of government to meet with this outstanding group of young leaders—two high school juniors or seniors from each of the fifty states, the District of Columbia and the Department of Defense Education Activity (DoDEA)— for an intensive week-long education and leadership program to be held either in Washington, D.C., or online. The program is merit-based and highly competitive. Each student will also receive a $10,000 undergraduate college scholarship with encouragement to pursue coursework in history and political science. Now in its 60th year, the program has been fully funded since inception by THE HEARST FOUNDATIONS as an enduring commitment to preparing young people for civic leadership in our participatory democracy.

Numbering more than 5,900, USSYP alumni serve the country in many ways. They have become leaders in government, law, business, education, journalism, the military, medicine, health care, higher education and many other fields. Alumni serve as elected and appointed officials at all levels of government, including a current United States senator, a current cabinet secretary, many congressional staff members, a former governor, former senior political advisors to the president of the United States, former ambassadors and former federal judges. The commonality to all of their success is the desire to serve. 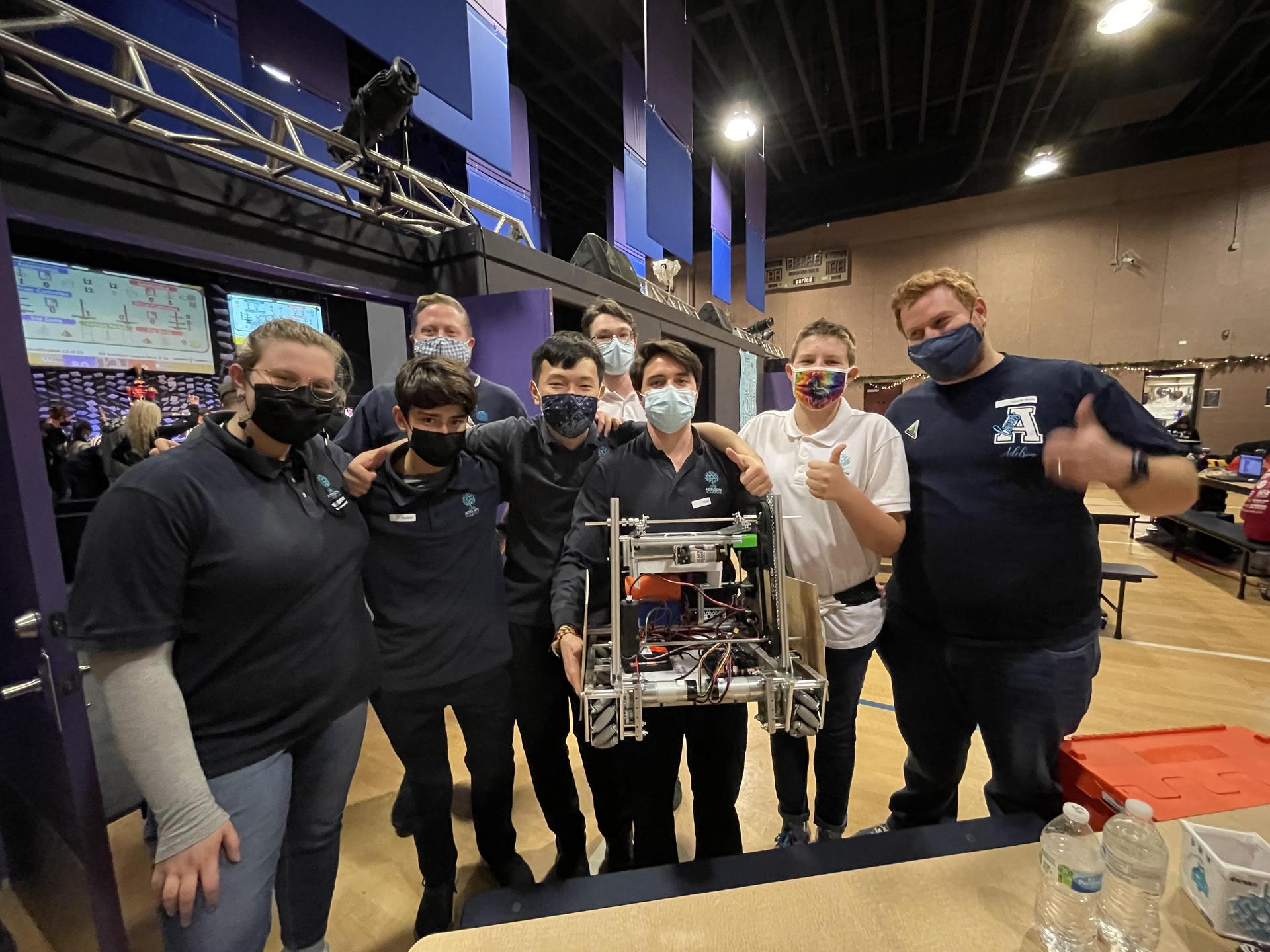 The ARC -- Adelson Robotics Crew -- launched this year. The team recently competed in their first competition at the Southern Nevada Robotics League against 12 other teams. Winning 4 out of 5 rounds and demonstrating exceptional sportsmanship by assisting other teams, Elize, Reuben, Harris, Nico, Alexa, and Jason -- along with coach Shahar Givol -- are already “gearing up” for their next meet in January. Congratulations! . View Photos

Mazel Tov to the Adelson Community Theatre for their amazing performances of A Midsummer Night's Dream. Taking place outdoors over several nights, our Upper School thespians enjoyed once again performing in front of a live audience. View Photos 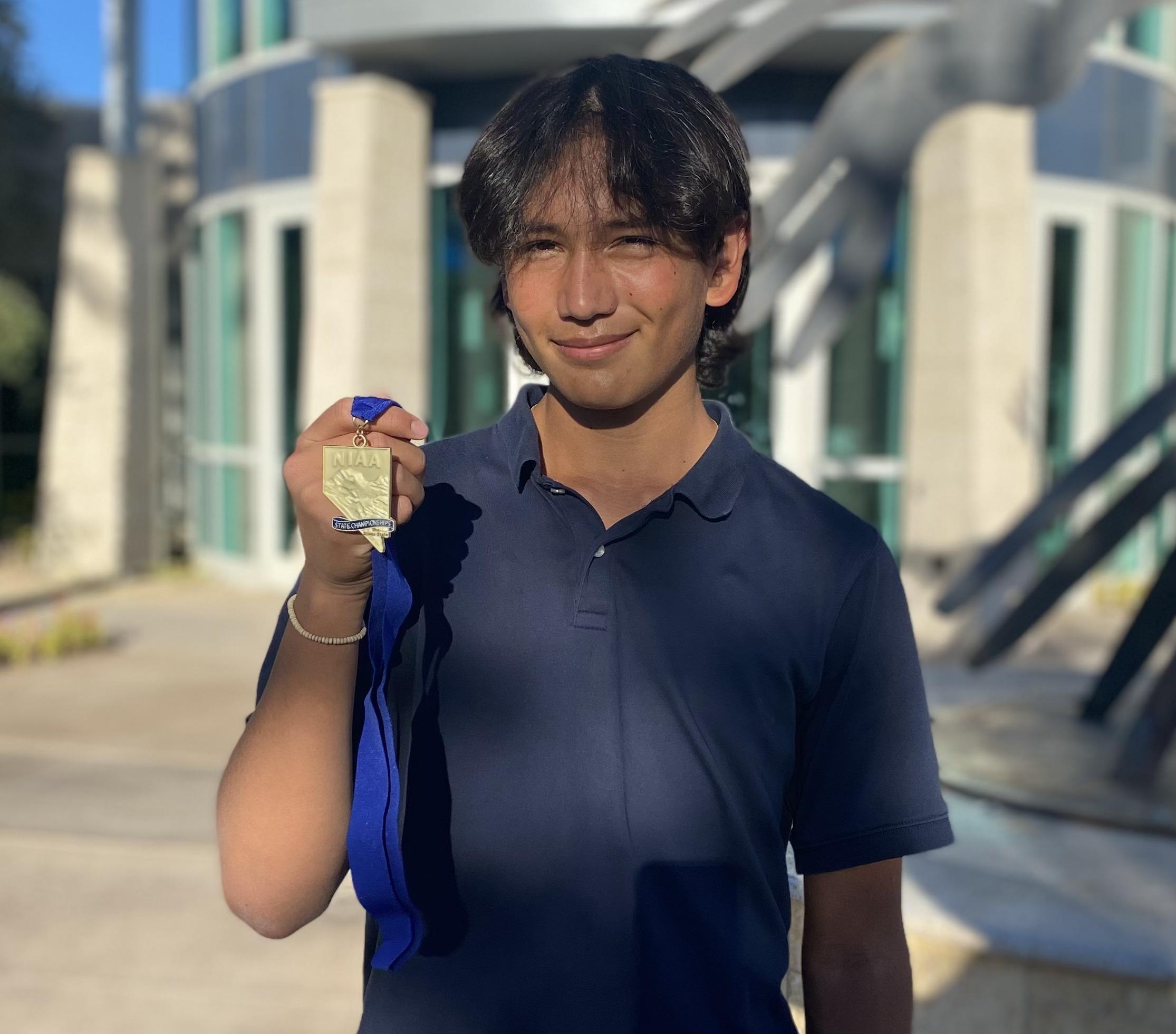 We are so thrilled to announce that, after a busy season of matches (on top of a busy season of studies!) sophomore Adan Tarquino is the NIAA 3A Individual State Tennis Champion for Nevada! Adan won the championship at Bishop Gorman, beating The Meadows’ Michael Buchmiller 6-0, 7-6 (1). The week before, Adam won the NIAA 2021 Southern Nevada Regional Championship, with a 6-2, 6-2 victory against rival Meadows. Congratulations Adan, we are all so proud of you!

The inaugural Adelson CyberPatriot team launched and had their first competition resulting in a high state ranking! ​CyberPatriot is a national program created by the Air Force Association to showcase career opportunities and build precollege experience in cybersecurity -- a field that is critical to our nation's future. The National Youth Cyber Defense Competition, the nation's largest cyber defense competition, is the signature annual CyberPatriots event which challenges students to secure virtual networks. Our team, comprised of Harris Lin, Sofee Rieker, Jack Bawabeh and team lead Jason Lowell is coached by Adelson Computer Science Teacher Haley Merrill.

This is our second year as an active DECA (business and entrepreneurship) program site. Adelson’s DECA has already received several state and national recognitions. Most recently, Judah Hafter and Jack Kim submitted their Business Plan for Adelson Auto Care to the Nevada DECA Helana Lagos Business Plan Challenge and are finalists!

Adelson experienced tremendous growth this year. The many new families in Upper School have pushed our enrollment to 200, and we’re still growing! Our student ambassadors worked with Digital Media Teacher Tobin Herringshaw to welcome new Upper School families with a video showcasing a “Day in the Life of an Upper School student.” Take a look!