Growing up in a law enforcement family, Todd Peters always knew that his dream was to pursue a career in law enforcement and public safety.  After graduating UNLV with a Bachelor’s Degree in Business Administration, Mr. Peters was hired by the Henderson Police department in 1994 as a patrol officer, working in patrol operations and field training. Over the years, Todd served in the Criminal Investigations Division investigating Property Crimes, Adult and Child Sexual Abuse cases and Child Abuse cases.


In 2000, Mr. Peters was promoted to sergeant and served as the academy sergeant at the Southern Desert Regional Police Academy and sergeant in charge of the Problem Solving Unit. In 2005, Mr. Peters was promoted again to lieutenant where he served in the department’s Professional Standards Bureau and oversaw the functions of Internal Affairs, Background Investigations and the accreditation unit as Accreditation Manger through the Commission on Accreditation for Law Enforcement Agencies (CALEA).

As a lieutenant in the Criminal Investigations Division,  Mr. Peters served in the Homeland Security Unit, Robbery/Homicide Unit, the Special Victims Unit. During his tenure as Homeland Security lieutenant he secured his Top Secret Security Clearances with the FBI, which he will maintain.


Promoted in 2011 to captain, Mr. Peters was assigned to both the Patrol and Special Services Divisions. Mr. Peters was quickly promoted to Deputy Chief in 2012 supervising both the Operations and Support Command functions of the police department.  Most recently, Mr. Peters was promoted to Acting Chief of Police for the City of Henderson. Mr. Peters is now retired from law enforcement and excited to join Adelson Campus as it’s new Chief of Security and Safety. 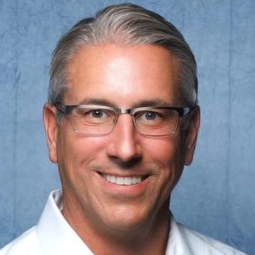